"Even in the far gulfs of space, the struggle of Law against Chaos, Good versus Evil is eternal. But wherever evil is not extinguished, it will revive to exact vengeance on those who would keep it at bay..." —Neb Lo, Last of the Holy Order of Knights Galacticus 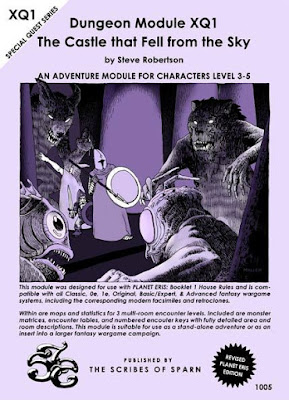 This adventure is more than just an old-school, fun-house dungeon. (Although it is definitely that!) Steve Robertson has captured the raw essence of golden age pulp science fantasy and funneled it into an outlandish adventure rife with wonderment and strangeness. On first read I knew this scenario was a perfect fit for my ongoing Planet Eris campaign.

The Castle that Fell From the Sky was originally created as a single session tournament-style event for a gaming convention (NTRPG Con 2015, to be precise). The revisions in this edition are geared toward expanded campaign play, where multiple sessions will afford players a chance to experience more, and ultimately (if they are skillful and tenacious) the completion of the scenario.

The maps have been redrawn, the text reformatted (in some cases additional detail is given), and standard fantasy wargame statistics are now provided throughout. Careful effort has been made, however, to cleave as nearly as possible to the spirit, substance, and language of the original. 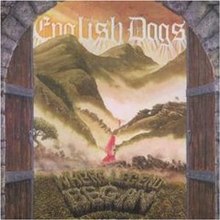